There isn’t as much laughter as there used to be,
no, I’m completely wrong, there’s just as much, if not more laughter, it just seems less jovial, less fun, more jeering, sneering, mocking; less of a tonic, more of a poison.

We’re in the middle of a Civil War, without the cool uniforms, just about as many guns, more antibiotics and opioids, but with the same unfortunate emphasis on uncivil.

I don’t think this will change anytime soon. But in the whimsical winsome wisdom of the surprisingly philosophical show, Blossom:
“Don’t know about the future, that’s anybody’s guess
Ain’t no good reason for getting all depressed
Buy up your pad and pencil, I’ll give you a piece of my mind
In my opinionation, the sun is gonna surely shine”
(make sure you have sunglasses).

“Opinionation” is right on – nations fueled by opinion and connected by the internet. https://yadadarcyyada.com/2015/05/19/the-internet-has-spoken/ Many feel out of control (without even the illusion of control), and have inaccurately begun to believe our opinions are truth, that feelings are facts while desperately trying to process more information in a day than we used to get in 10 years…is it any wonder we’re clinging to numbers, theories, gossip, polls, conjunction, speculation, sensationalism.

The song, “Murder by Numbers” by The Police keeps popping into my head; or Suicide By Numbers, we’re letting demographics kill our sense of self and poor common sense on a slab somewhere, waiting for the autopsy.

Statistical characteristics of human populations, such as age or income, could be used to find out who needs shelter, food, medical attention, instead it’s used mostly to identify markets to sell sell sell (did I mention to sell?). It adds to the distraction and the ‘us versus them’ mentality that is tearing us apart.

Death By Demographics  is also the title of the final episode of Murder She Wrote, not unironically was cancelled in 1996, due in part to demographics and Angela Lansbury’s boredom after 12 years of playing Jessica Fletcher, either the smartest woman ever or a serial killer who pins crimes on others.

7th Heaven, The Unabomber was captured, so many were doing the Macarena (and badly), there were heroes and zeroes, Independence Day, Spice Girls (oh no, now I’m humming “Wannabe”), 3rd Rock From The Sun,

Tupac died (or did he?), ER, talking about the Superbowl (so much has changed…), Tickle Me Elmo – good thing Fifty Shades (ummm, Happy Valentine’s Day???) wasn’t out then, folks would have lined up to buy Tie Me Up and Tickle Me Elmo https://yadadarcyyada.com/2015/02/12/fifteen-shades-of-valentines-day/ , Seinfeld (What is the deal with that?)…

Social media is the master class of demographics, people mindlessly drooling over videos, pictures, stories –  a viral version of gossip and tabloids, oozing out of your laptop, tablet, desktop, and/or phone.

Numbers are definitely the ruling class. The nobles send out the knights to hack our brains, find out what scares us, what tempts us and there it is, ready to by.

Even blogging has become all about the numbers, instead of connection. https://yadadarcyyada.com/2017/02/02/theres-no-crying-in-blogging/

Numbers are important, but letting them dictate who we are, what we are, what we do, you have to show some caution. Choices should be made with information, knowledge, facts…anyone remember those?

Maybe I’m just looking for answers where there are more questions, I shouldn’t blame numbers, they’re just hanging around, building the universe, what we do with them isn’t their fault; maybe they could even help us remember we’re all in this life together. We’re all in this life together (oops, there goes my Groundhog Day again https://yadadarcyyada.com/2014/02/02/groundhog-day/). So stay warm, eat some pancakes https://yadadarcyyada.com/2015/02/17/well-always-have-pancakes/, find out how many weeks of winter are left, love, and keep laughing, but not at each other.

120 thoughts on “Death By Demographics” 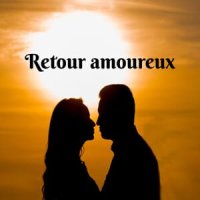 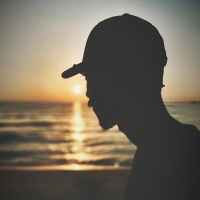